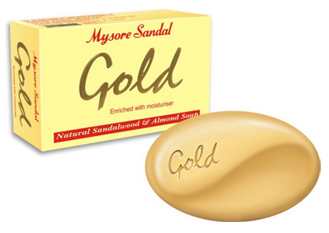 0 in your basket
View Basket Checkout
Mysore Gold
Sandalwood with Almond Oil Soap
125g
This soap is made from pure vegetable ingredients and contains natural Mysore sandal oil and almond oil. distilled by the Government of Karnataka, India. With the oldest known perfumery material Sandalwood as its main ingredient, the Sandal soaps have a definite niche in the soap market. The oil of Sandalwood recommended in ancient ayurvedic texts for skin care, has excellent antiseptic properties and soothes prickly heat and other skin rashes too. The Sandal soaps are probably the only soap in the World with pure natural sandalwood oil. This reason why they are used the world over for nourishing and softening the skin.
Ingredients: Sodium palmate, Sodium palm kernelate, Aqua, Glycerine, Sodium chloride, Titanium dioxide, Tetra Sodium salt of etidronic aacid, Butyrospermum parkii, Tocopheryl acetate, Coco-amido propyl betaine, Lanolin, Cosmetic colours (CI No 47000 & CI No 26100), Methyl iso-thiazolinone, Chloro methyl iso-thiazolinone, Almond Oil, Enriched Sandalwood oil based fragrance).
The only soap made from 100% pure sandlewood oil, it is the oldest known perfume.
This soap is made from vegetable oil with no animal fats and has not been  tested on animals.
Recommended in the ancient Ayurvedic texts for skin care, it has  antiseptic properties & is nourishing and softening on the skin. Added benefits is the truly gorgeous aromas of sandalwood
The oil in this soap is distilled by the government of Karataka. It has been  manufactured sice 1916 when the king of Mysore set up the set up the government soap factory in Bangalore because of the excessive  sandalwood reserves which could not be sold to Europe any longer due to the world war.
This bar is 125 g and comes in a  box.

Recommend this to a friend  +